Aside from maybe a football game, where on the U-M campus can you go to see Sociology, Physics, Communications, Math, Education, Nursing, Economics, and Engineering students all in one place?

At least for a week this June, the answer was the third annual Big Data Summer Camp put on by the Interdisciplinary Committee on Organizational Studies (ICOS) and Advanced Research Computing (ARC). The class attracted students from those fields and others who wanted to learn the basics of mining Big Data for their research.

Todd Schifeling, lead instructor of the summer camp and a post-doc at the Erb Institute for Sustainability, said most of this year’s participants started with little experience in the tools needed to tackle Big Data but left knowing at least the basics. He said the camp appeals to a growing number of fields because of the increasing awareness of the value of publicly available datasets.

“People see the data that’s available, and they want to break new ground with these new datasets,” he said. Professor of Management & Organizations and director of the Interdisciplinary Committee on Organizational Studies (ICOS) Gerald Davis said that the growing number of disciplines represented at the summer camp is an important development.

“The reach has expanded beyond the social sciences to include students in chemistry, physics, math, and other sciences,” he said. “We have been excited to see that graduate students are collaborating across very different disciplines and forming collaborative bonds that one just doesn’t see at other universities.”

In all, more than two dozen different disciplines were represented at the summer camp. 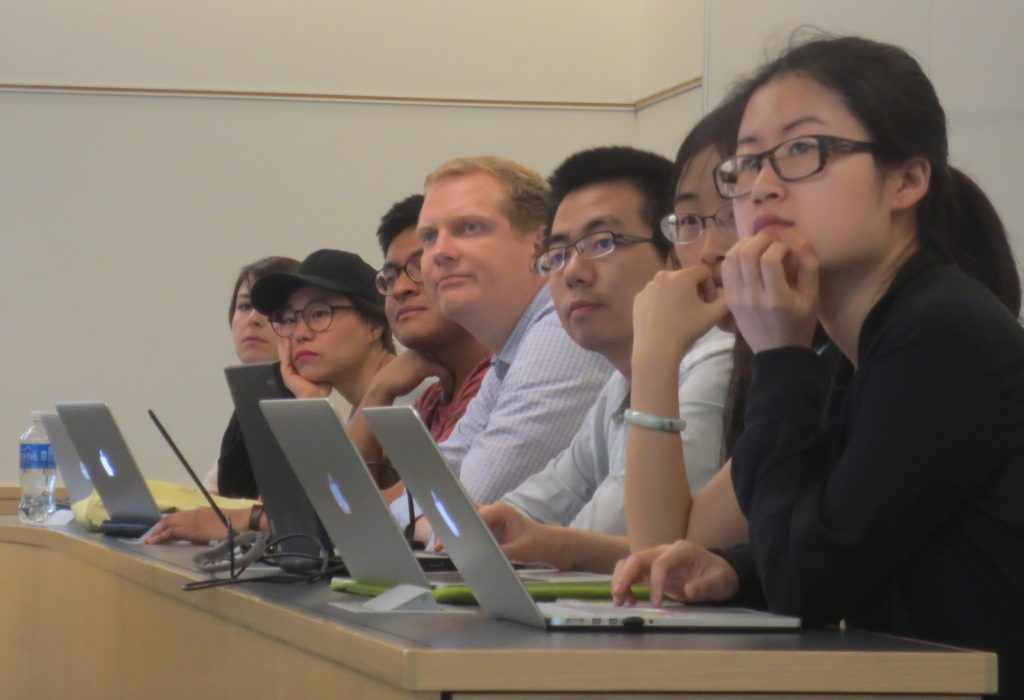 Meghan Oster, pursuing a Ph.D. in Higher Education in the School of Education, said she attended partly because she has access to a dataset that tracked more than 1 million students over 10 years.

Her main goal was to learn “how to effectively and efficiently analyze that and how to visualize those data,” she said. She said she came into the camp only knowing Stata and standard spreadsheet programs.

The summer camp has sections on APIs, SQL, and Python. The students are divided into groups, work on projects, and present their findings to the rest of the camp.

“Overall, it was extremely helpful,” Oster said. Over its three years of existence, the camp has also built and fostered a community of data-focused researchers by inviting previous years’ students back to present their findings.

Schifeling, for example, was a student in the first year of the camp in 2013, presented his work on factors that lead to proliferation of food trucks (using data from Twitter) to the 2014 camp, and this year was the lead instructor.

“The goal is to inspire and motivate people,” he said. The summer camp students have also set up an ongoing Big Data Users Group with an email list of more than 130 members.