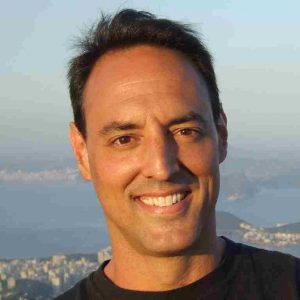 Data-driven discovery of dynamical systems in the engineering, physical and biological sciences

We demonstrate that the integration of data-driven dynamical systems and machine learning strategies with adaptive control are capable of producing efficient and optimal self-tuning algorithms for many complex systems arising in the engineering, physical and biological sciences. We demonstrate that we can use emerging, large-scale time-series data from modern sensors to directly construct, in an adaptive manner, governing equations, even nonlinear dynamics, that best model the system measured using sparsity-promoting techniques. Recent innovations also allow for handling multi-scale physics phenomenon and control protocols in an adaptive and robust way. The overall architecture is equation-free in that the dynamics and control protocols are discovered directly from data acquired from sensors. The theory developed is demonstrated on a number of example problems. Ultimately, the method can be used to construct adaptive controllers which are capable of obtaining and maintaining optimal states while the machine learning and sparse sensing techniques characterize the system itself for rapid state identification and improved optimization.

This seminar is co-sponsored by the U-M Department of Mathematics.