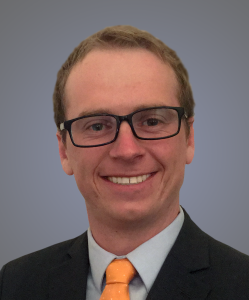 Eric Parish, who will graduate this spring with a Ph.D in Aerospace Engineering, is the 2018 recipient of the prestigious John von Neumann Postdoctoral Research Fellowship from Sandia National Laboratories (SNL). The highly competitive fellowship offers the opportunity to establish his own program at SNL to conduct innovative research in computational mathematics and scientific computing on advanced computing architectures.

Parish came to U-M from the University of Wyoming, and has developed innovative methodologies of computational math and physics with Prof. Karthik Duraisamy.

Parish said two of his accomplishments in his doctoral work have been developing data-driven solutions to computational physics problems using the NSF-funded ConFlux computing cluster, and bringing together ideas from statistical mechanics to develop efficient numerical solutions of complex partial differential equations.

“It was bridging a gap between communities,” he said of the latter effort.

“Eric came up with a particularly clever way of generalizing concepts from physics to develop a foundation to solve complex equations at a low cost in a mathematically rigorous fashion,” Duraisamy said. “He is one of the rare students who commands an exceptional grasp of applied mathematics, computing and physics, while being well-rounded in his organizational and communication skills. It has been a pleasure and a privilege to work with him.”

Parish said this research could eventually help usher the next generation of flight, for example, “hypersonic” aircraft that can travel at speeds of Mach 8-10. To help get there, his work moves the field toward a better understanding of the underlying physical phenomena via accurate numerical simulations.

At Sandia’s labs in Livermore, Calif., Parish said he plans to continue the work he started at U-M to develop “reduced order models”, which can process past simulation data to greatly reduce the computational cost of future simulations.

Parish said that conducting research at U-M, with the availability of high performance computing resources and a community of computational scientists to bounce ideas off of, helped push his research to a higher level.

“Within Aero, there are five or six very strong computational groups, which really helps me understand the fundamental aspects of what we’re doing, and what the addition of my small little delta means,” he said. “It’s very exciting to do computational research in that environment; it motivates me to come up with better code.”

In 2016, Parish received a $4,000 fellowship from the Michigan Institute for Computational Discovery and Engineering (MICDE). He used some of the funds to attend the International Workshop on Variational Multiscale Methods in Spain last year, where he met a few dozen people from around the world working on similar problems.

“It was fantastic to network and learn from them,” he said.

Parish grew up in Laramie, Wyo., before attending the University of Wyoming, where he played Division 1 golf. He said there was a small but active computational science community at U-W.

“For its size, there was a lot of good computational stuff there,” he said, adding that 10 years ago he would never have predicted the current direction of his career.

Golf played a significant role in his development as well, Parish said: “Being a successful student-athlete takes an extraordinary amount of work. The successes and failures I had … played an integral part in the development of my work ethic, time management skills, mental attitude, and overall growth as a person…I believe that the experience I gained as a student-athlete gave me a unique perspective and skill set that I was able to use to my advantage.”

As far as his future goes after Sandia, Parish said he plans to either continue in the national lab environment or to explore faculty positions so that he can teach and motivate students as his professors at Wyoming and Michigan did for him.

“I’m grateful for everyone’s help,” he said. “The doors that Michigan can open and the quality of people here are very apparent.” 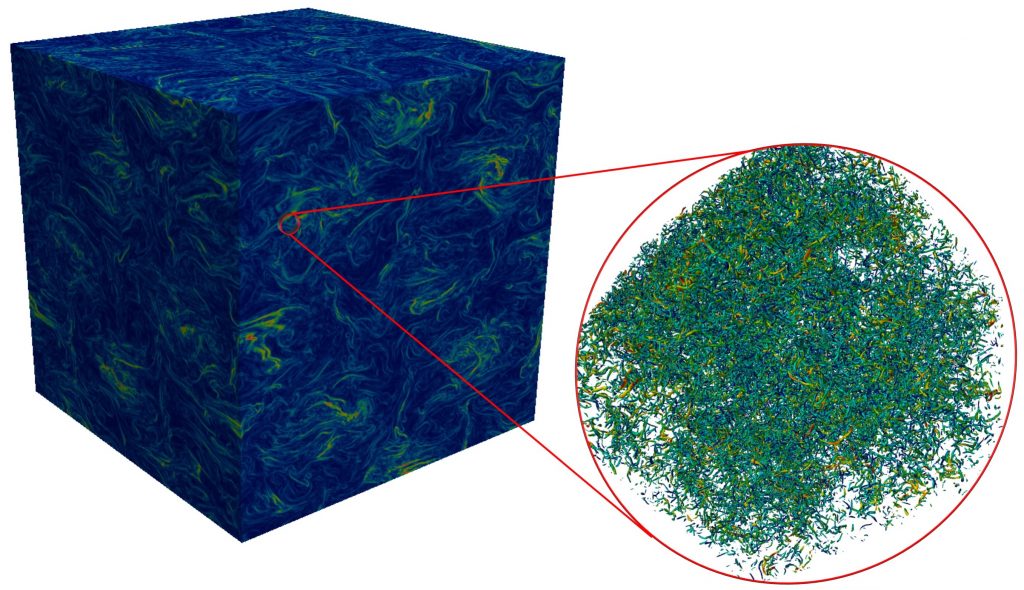 A simulation of magnetohydrodynamic turbulence done on the ConFlux cluster with roughly 1 billion degree of freedom computation generating about 4TB of data.